The Kaza DT450 MTR radar detector antenna is easy to install and was developed using the latest technology. It was especially designed to detect MultaRadar CD (MRCD) Photo Radar.

It must be used with the Kaza DT110 or DT110 Live radar warning units, where these devices will receive the antenna communication and issue the warning. Communication between both devices is wireless, and no cables are required inside the car. You simply need to install the detector antenna outside the front of the vehicle.

Difference between a radar detector and a radar warning unit by GPS?

The radar’s detector antenna captures the existence of a radar by receiving radio waves (Ghz) emitted by the radar.

The radar warning unit by GPS warns of the position of a radar using the database it has incorporated, it does not capture a radar signal.

The radar detector antenna will detect the majority of radars, both fixed and mobile, since it detects the waves they emit. It is possible that in some circumstances the detector antenna “may have difficulty” picking up the signal of some fixed radars, especially the ones installed on porticos and Autovelox (laser). It is also true that the antenna can be subjected to interferences and issue false alarms.

The GPS radar warning unit can warn you of fixed radars with high accuracy, but not of mobile radars. In the case of the latter, it is impossible to predict their exact positioning in advance, and it is done only by statistical points where mobile radars have been previously identified.

Both devices used together offer greater security and protection while driving!

If you are looking for a trusted workshop to perform the installation, please contact us. 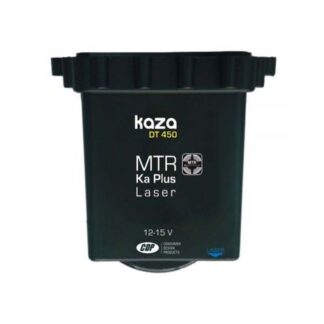